While traveling through Northfield, Massachusetts, I came upon these three old Brockways posed just as they are. The thought of painting them as the Three Graces came to mind. After careful research, I found that they were part of Greek mythology, so I came up with the idea of placing the three trucks amongst Greek ruins. Ancient Greek ruins verse our old 20th century ruins. Oil on canvas. 16″ x 40″. 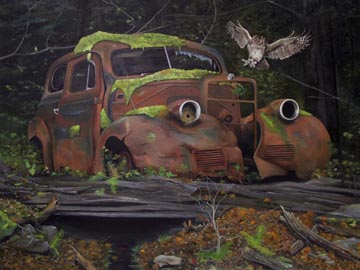 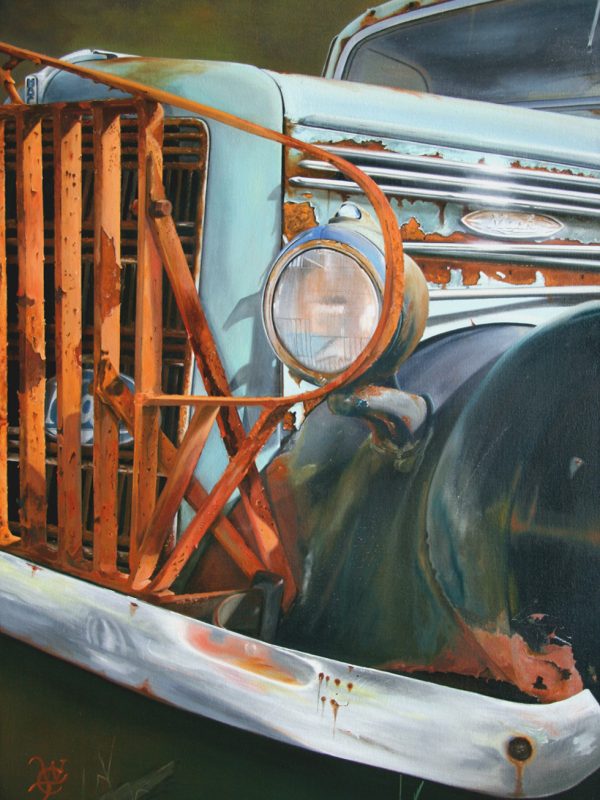 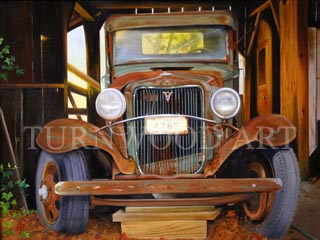 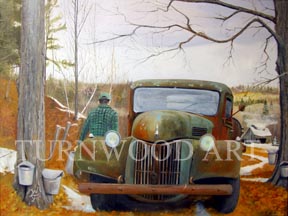